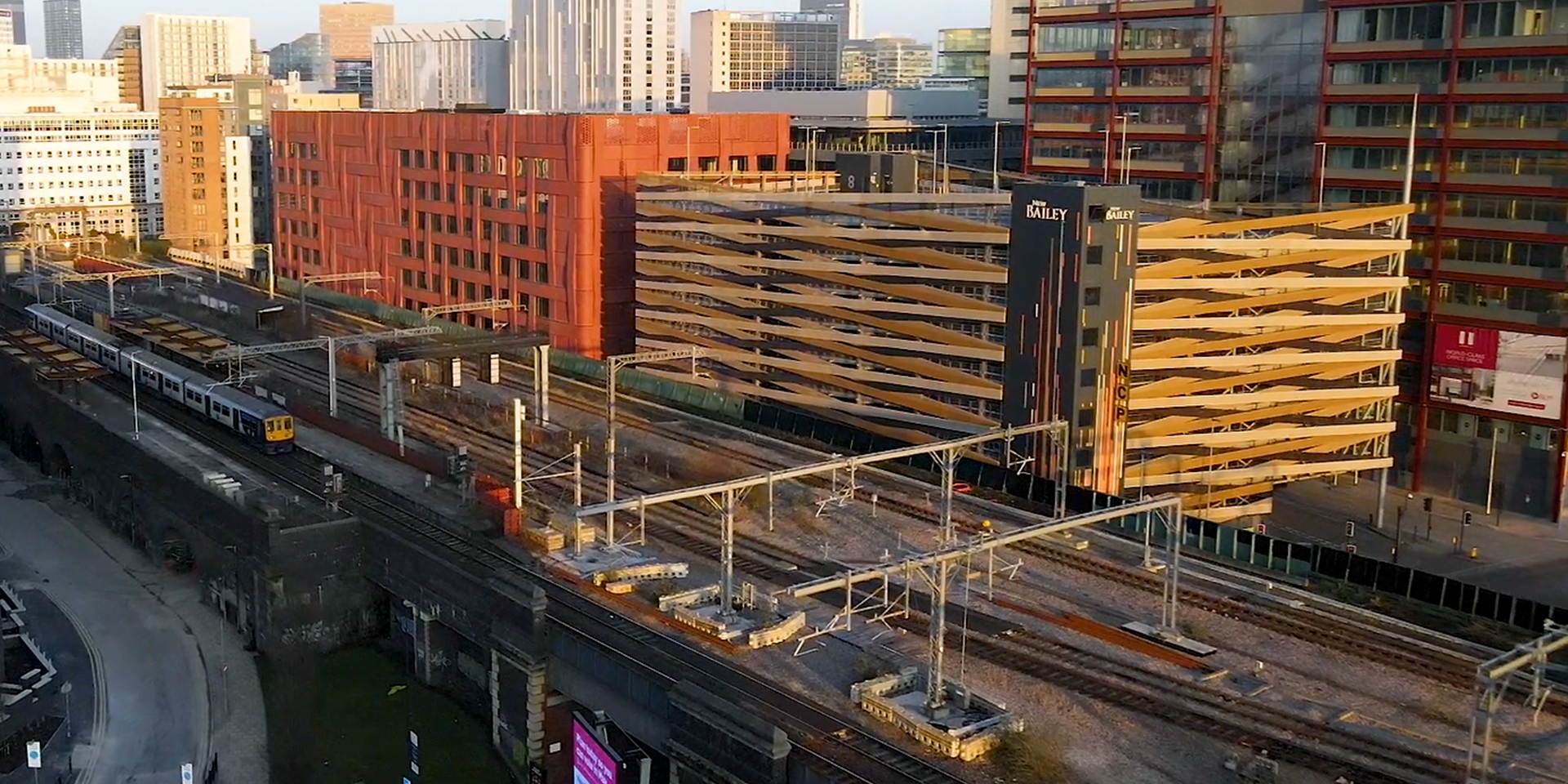 Construction work has now completed on the UK Government’s 157,000 sq ft Greater Manchester hub, Three New Bailey. The entire office building was pre-let in March 2018 on a 25-year lease, bringing thousands of jobs to the region.

Located next to Salford Central station, the state-of-the-art BREEM ‘excellent’ building spans seven storeys and has been designed by Make architects and built by Bowmer & Kirkland. Three New Bailey stands out with its unique red brick weave facade which references the local 19th-century warehouse architecture, with a distinctive perforated screen at roof level that gestures at the area’s bold engineered aesthetic.

HM Revenue and Customs (HMRC) is leading the delivery of Phase 1 of the Manchester Government Hub and will now progress with the office fit out, to create a modern, agile working environment for the 2,400 civil servants from HMRC and other government departments who will be based at Three New Bailey.

The wider New Bailey scheme has continued to thrive over the past 12 months despite the challenges associated with the pandemic. The English Cities Fund recently started on site at Four New Bailey which will be the home to telecommunications giant BT, with sister building Two New Bailey Square, and 199 homes at the third and final phase of The Slate Yard completing safely and in line with government guidelines. The fund has also secured planning approval to bring forward a unique office development on plot A3 that will set the benchmark for sustainable development. The as-yet un-named building has been designed to be ultra-low energy, run entirely on renewable electricity, and achieve the UK Green Building Council’s 2035-2050 office energy performance targets. Committing to verify its operational performance using the new NABERS UK rating scheme.

What’s more, a further 389 homes are live on site at New Bailey and across the wider Salford Central scheme, which has seen £1bn of inward investment driven into the heart of Salford.

Phil Mayall, regional director at The English Cities Fund, said: “We certainly haven’t taken our foot off the accelerator this year and following Two New Bailey Square’s completion at the end of 2020, it’s fantastic to see another commercial office building completed and we look forward to officially welcoming HMRC and other government departments to their new home in early 2022.

“The design of Three New Bailey is unlike any other development in the city and it has become a firm favourite with those who appreciate striking architecture.

“New Bailey has truly become a magnet for business investment, and it continues to go from strength-to-strength – it’s become a place where people really do want to live, work and relax.”

Colin Casse, HMRC’s director of estates locations programme, said: “The English Cities Fund and its delivery partners have completed Three New Bailey to a very high standard, in the most challenging of circumstances. The Government Hub, which will be home to HMRC’s Regional Centre, will provide a flexible modern environment that can be adapted, should our ways of working change in the future. The central location will allow HMRC colleagues from across the region to enjoy working collaboratively in this stunning building. We look forward to welcoming them when the building opens in 2022.”

Salford City Mayor, Paul Dennett said: “The completion of Three New Bailey is great news for Salford residents. It helps to create more high-quality office space, as well as new jobs and opportunities that local people can benefit from. When HMRC move in, it will also generate much needed business rates that are vital after 11 years of austerity measures.”

JLL and Cushman and Wakefield are joint letting agents for the New Bailey scheme. The English Cities Fund is a joint venture between Muse Developments, Legal & General, and Homes England.

Salford Central office committed to being &#...

The Slate Yard reaches completion ahead of s...

Global recognition for design of outstanding...

Game-changing, sustainable office for the fu...