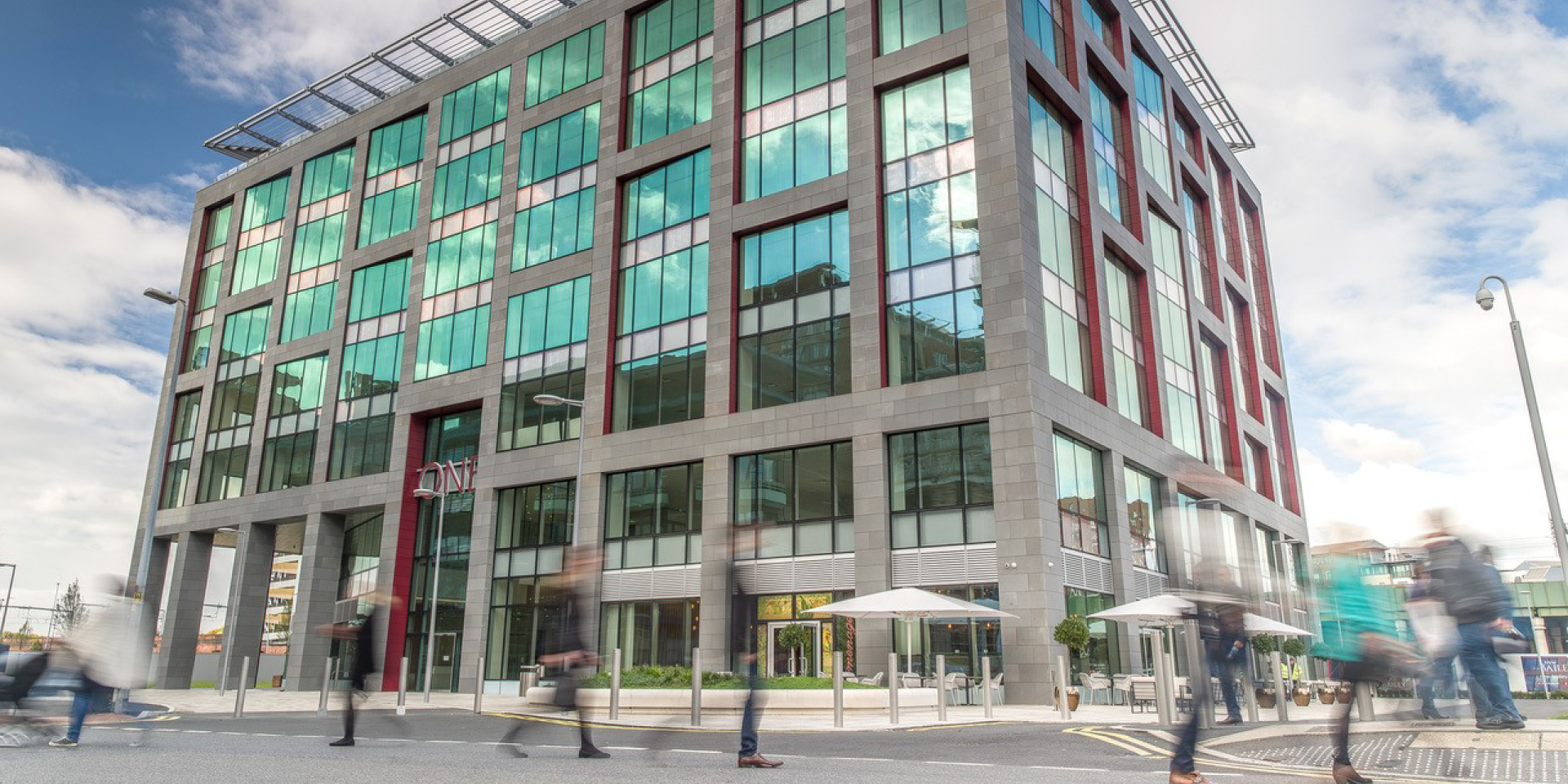 One New Bailey, the landmark office building which paved the way for development to progress across the New Bailey site, is now fully let.

The final letting has been secured by mergers and acquisitions firm, Benchmark International, as part of its continued growth plan.

Benchmark International will occupy space on the third floor on a 10-year lease. The development was selected due to its strategic location between Spinningfields and Salford Central train station, where many of its team will be commuting from.

This letting acted as a catalyst for the development of Riverside House, as well as Two New Bailey Square and Three New Bailey, both of which are both currently on site, with the third building entirely pre-let to HMRC.

Phil Mayall, regional director at The English Cities Fund, said: “An expanding, ambitious firm such as Benchmark International is a perfect fit for One New Bailey. The letting is a positive marker that likeminded businesses are still actively pursuing their growth plans and seeking quality space in well-connected locations, despite these challenging times.

“The development of One New Bailey was a turning point for the wider scheme and its success allowed us to progress our regeneration plans for the rest of the site at pace. It is fantastic to therefore see the building now fully let and we look forward to welcoming the Benchmark International team to the development later in the year.”

Salford City Mayor Paul Dennett said: “The land that One New Bailey was situated on was once underused – now it is the heart of a new business district in the regional centre. Benchmark International are now set to make Salford their new home and this is vitally important for the local economy – providing jobs, growth and investment. I look forward to officially welcoming them to the city when they move in.”

Benchmark International is expected to move into its new home by the end of the year.