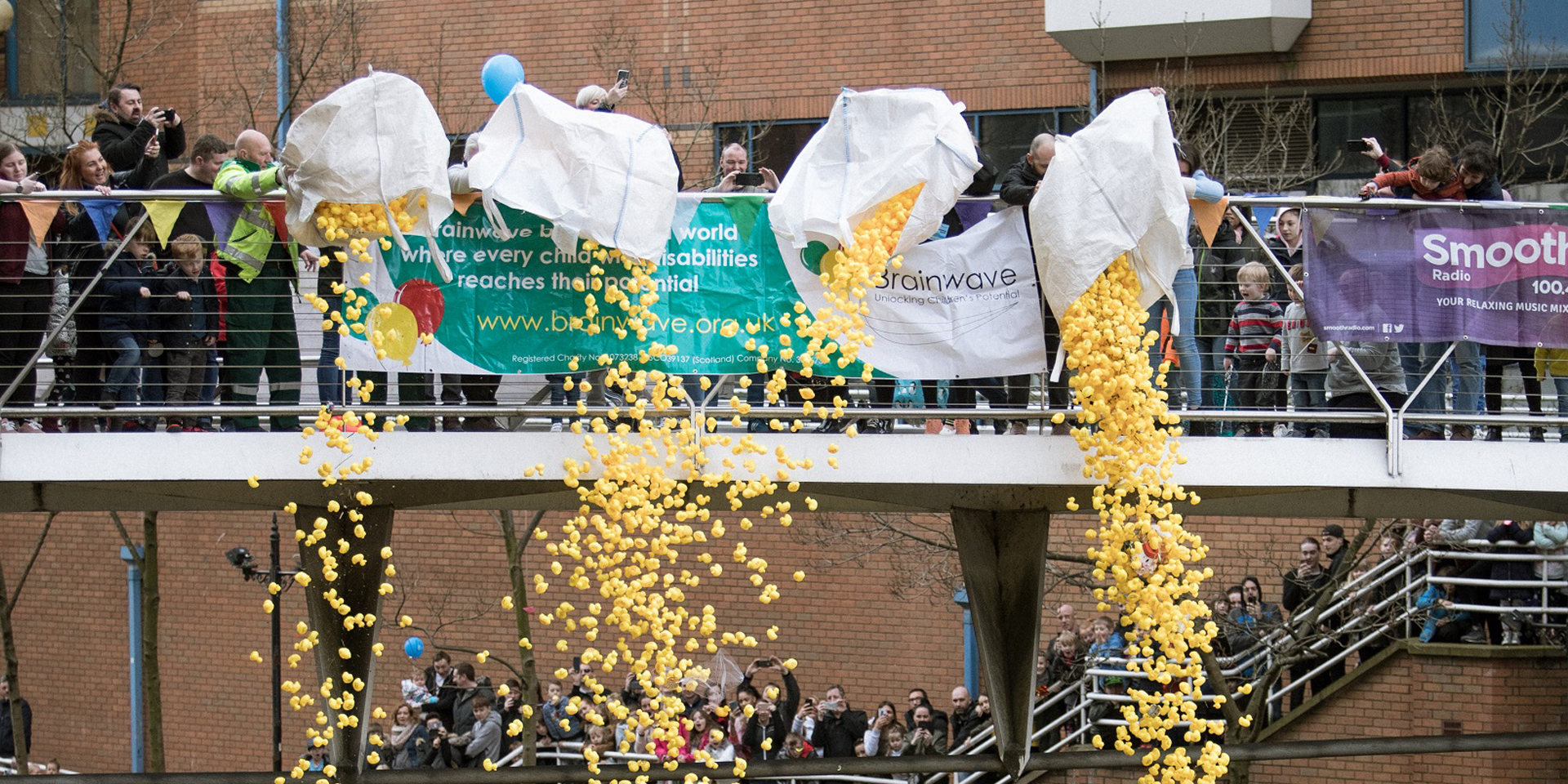 The marketing campaign behind the hugely successful Manchester Duck Race, which takes place annually at New Bailey, has been recognised as one of the top collaborative fundraising campaigns in the country.

The Manchester Duck Race 10 Year Anniversary campaign, which took place in 2019 in aid of children’s charity, Brainwave, has been shortlisted in The Purpose Awards EMEA 2020 for Collaborative – Best Fundraising Campaign. The awards feature some of the UK’s big hitters in the word of fundraising and causes for good.

The 2019 campaign raised over £20,000 for Brainwave, with over 5,000 ducks sold and almost 25,000 visitors flocking to the River Irwell on Easter Sunday to see the race in action. In the eleven years the race has been running, it has raised approximately £205,000 for the charity.

Brainwave is a children’s charity that aims to make sure every child with a disability has access to support so they can reach their full potential and achieve greater independence. The charity helps children with a range of conditions including autism, cerebral palsy and downs syndrome.

Phil Mayall, regional director for The English Cities Fund, which is developing New Bailey, said: “We aren’t just about bricks and mortar. Supporting positive causes and the local community as well as driving growth and prosperity has always been high on the fund’s agenda throughout the development of New Bailey.

“During these unprecedented times it’s more important than ever to create tangible social impact in our communities who are the backbone of Salford.”

Ever since the Manchester Duck Race came to New Bailey, it has been the fundraising highlight of the year.

Although the best dressed corporate duck competition still took place online, this year’s race was cancelled due to the impact of COVID-19, resulting in reduced funds for Brainwave and the vital work it carries out to support children with disabilities and their families.

The Purpose Awards will take place in September 2020 – keep your fingers crossed for us!