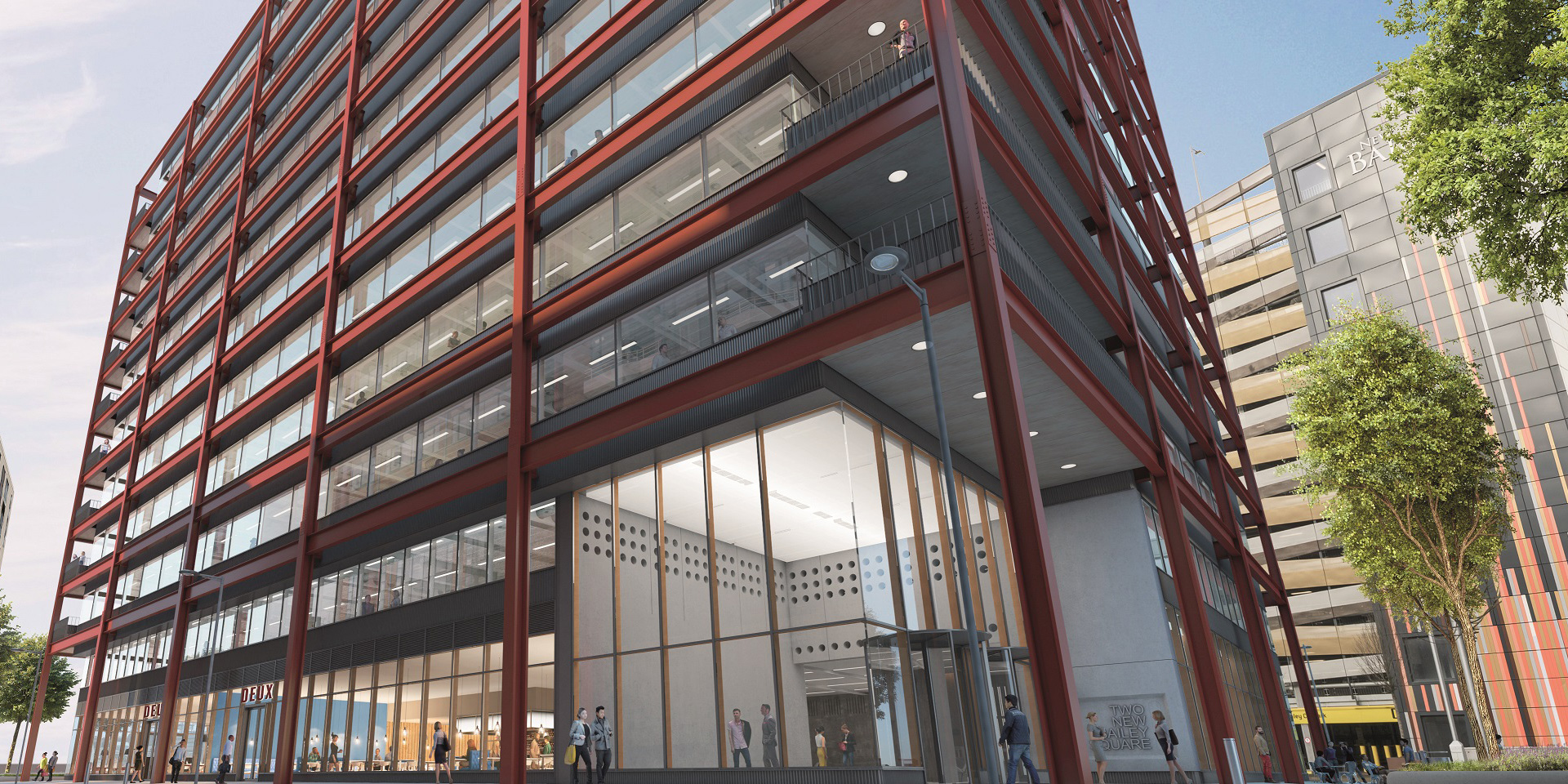 Leading insurance risk and commercial law firm, BLM has just signed a contract to relocate its Manchester team, which is currently spread over two locations, to a new Manchester building at Two New Bailey Square.

BLM’s 645 Manchester based staff are currently divided between King’s House, King Street West and Alberton House, St Mary’s Parsonage. The firm will move all staff to its new premises by early 2021.

Two New Bailey Square is situated opposite Spinningfields, well connected to Manchester’s rail network and within a short walk of the city centre’s Metrolink. BLM will take up to 70,782 sq ft.

BLM senior partner, Matthew Harrington, said: “We have been considering our requirements in relation to premises to suit our future needs in Manchester for some time. This is not just about uniting our Manchester based colleagues, it’s also important for the future of our business as we continue to develop our presence in the North, which is further enhanced by having offices in Leeds and Liverpool.

“The new office will be a contemporary space and will be very similar to the open plan environment we have created elsewhere, for example in Plantation Place and most recently in Birmingham. We will also be rolling out our paperless project in Manchester shortly. In a drive to increase technology adoption across the business, we’ve invested in technology which will make ‎sharing information easier. Importantly, this technology, along with our existing collaboration software, will empower our Manchester team to work in a more agile way.”

Phil Mayall, regional director at The English Cities Fund, said: “It’s fantastic that the New Bailey scheme is continuing its momentum in attracting businesses of the highest calibre and we look forward to welcoming BLM when the scheme completes.

“Two New Bailey Square is a really exciting part of the wider New Bailey development, which has completely transformed the business offering in Salford, Greater Manchester. There is a real focus on wellbeing and new ways of working at Two New Bailey Square, with its outdoor terraces on each floor and the layout, which has been specifically designed for flexible working. We are sure that this will be a real benefit to BLM, which has a keen focus on new ways of working.”

The move signals the firm’s ongoing commitment to the North West business region, where it has had a presence for almost 80 years. BLM has grown its northern presence significantly over recent years, particularly with the creation and expansion of its Commercial Advisory & Private Wealth team. As BLM continues to diversify its UK-wide offering, the firm’s Manchester office has grown through high-profile team appointments. Earlier this year, the firm became a member of the Cabinet Office’s Northern Powerhouse Partner programme, joining a number of the North’s most innovative businesses. This follows the firm’s announcement that it has become an official partner of the Greater Manchester Mayor’s Charity, which it supports through pro-bono employment and commercial law services.

Salford City Mayor, Paul Dennett said:“We would like to extend a warm welcome to BLM and their staff, who have decided to join a growing professional services hub in an innovative new work environment at Two New Bailey Square.

“The City of Salford has been experiencing significant economic growth over recent years, with almost 13,000 businesses trading in the City and making Salford their home.  Salford’s buoyant business and industrial base has grown by over 5,000 companies since 2010 and represents the highest percentage of growth, at 67 per cent, in Greater Manchester.

“The City’s inclusive, social value and industrial collaboration approaches seek to connect employers with educational institutions, innovation and R&D, whilst also creating opportunities for local people to gain skills, experience and to assist them in accessing new employment opportunities across the City.

“With the City’s latest independent economic predictions estimating a further 40,000 new jobs in Salford by 2040 and the advent of City’s digital aspirations, it is a very exciting time for BLM to choose Salford’s Two New Bailey Square as their new home and we look forward to working with you once you’ve settled in.”

JLL and Cushman and Wakefield are joint agents at New Bailey. Chris Mulcahy, director at JLL, acted on behalf of BLM in the transaction.

New Bailey is being delivered by The English Cities Fund, a joint venture between Muse Developments, Legal & General and Homes England. The joint venture partnership is currently delivering some of the most complex and most successful urban regeneration projects across the UK.

A Rail Tale of Two Cities