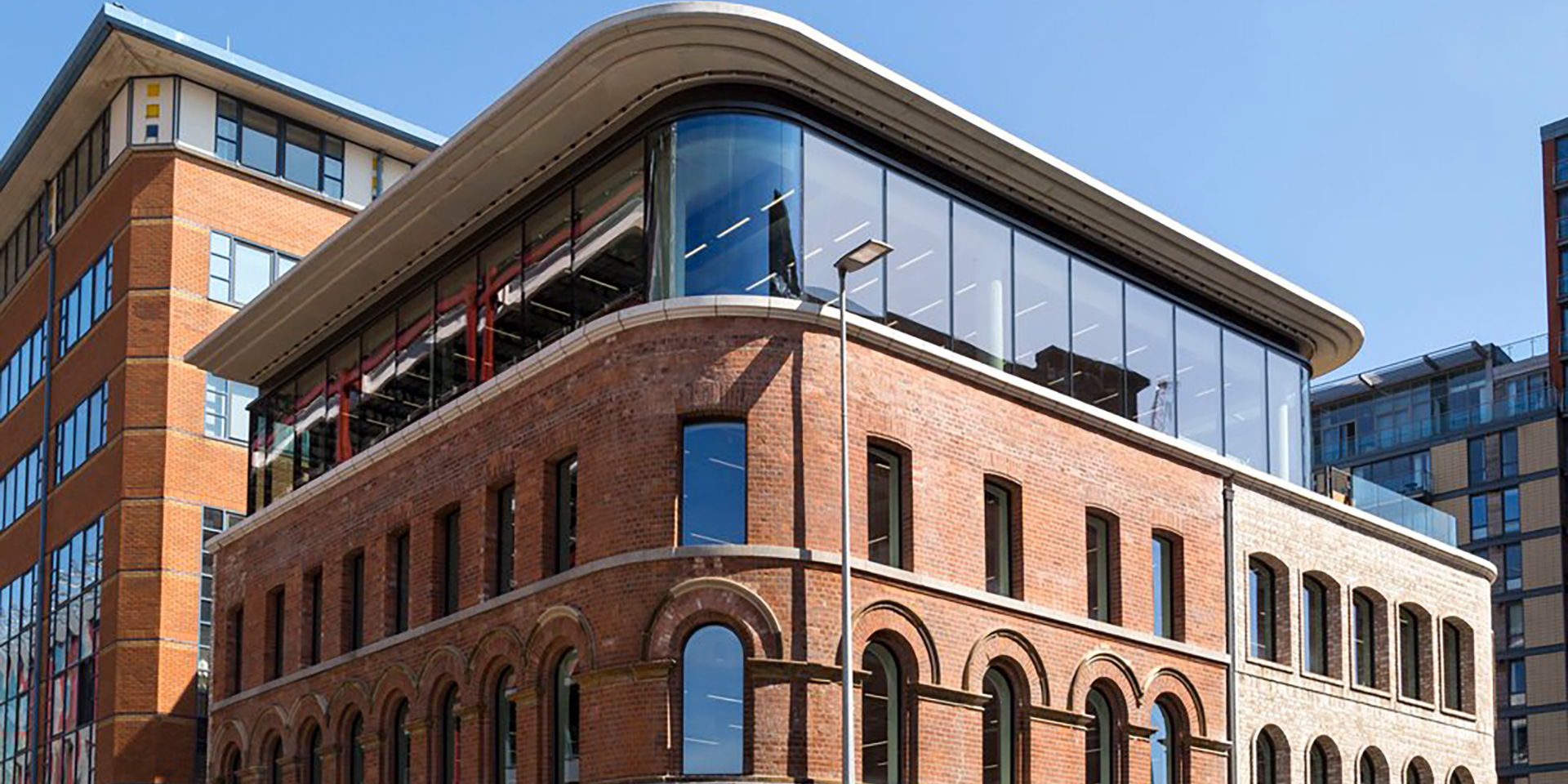 With its offices at Tower 12 and Regus in Spinningfields, Leonard Curtis, wanted to consolidate its two bases, bringing 40 employees under one roof, at one at the city centre’s most iconic and innovative new office schemes.

Beside the River Irwell, adjacent to Spinningfields, the 11,000 sq ft Riverside House, sits within The English Cities Fund’s game-changing New Bailey scheme and the final space available was snapped up by Leonard Curtis prior to the building’s completion. Aside from the retention of the original 19th century façade on two sides of the building, the rest of Riverside House is entirely new build, with the original footprint doubled and an additional floor added.

Leonard Curtis will occupy 5,387 sq ft across the ground and first floors on a ten-year lease with a five-year break option. As well as the sleek internal amenities, the Leonard Curtis team will also benefit from a new south-facing outdoor terrace on the ground floor which was added to the building as part of its re-fit and extension.

Phil Mayall, regional director at The English Cities Fund, said: “New Bailey is without doubt a major player in the region’s office market and Leonard Curtis securing the pre-let of its new office space at Riverside House while work was ongoing, is testament to the quality of the space and its connectivity to the local transport network, which is second to none.

“Riverside House offers something completely different from the other new office schemes in the area. As well as Grade A, quality indoor and outdoor space, the modern style is blended with the 19th Century façade of the existing building, making it truly unique.

“We look forward to welcoming the Leonard Curtis team to Riverside House later this year, adding to the growing community and vibrancy in and around New Bailey.”

Jon Mercer, Group Finance Director at Leonard Curtis, said: “We have been looking for a suitable new space in the city centre for some time, with the aim of bringing our rapidly growing legal practice into the same premises as the established Manchester office of the rescue and recovery operation.

“Riverside House suits our needs perfectly, being in a vibrant new business area, yet also being a space with its own identity. It is already a well-recognised building within the larger development of New Bailey, and we look forward to relocating there in December.”

The letting to Leonard Curtis at Riverside House follows the announcement earlier this year that Muse Developments will occupy the second and third floors at the scheme, demonstrating its confidence in its own development. Riverside House is expected to be occupied by both businesses before the end of 2019.

New Bailey is being delivered by The English Cities Fund, a joint venture between Muse Developments, Legal & General and Homes England, in partnership with Salford City Council. The joint venture partnership is currently delivering some of the most complex and most successful urban regeneration projects across the UK. Following its expansion in 2018, it continues to take on large, complex sites, to create inspiring new places.

JJL and Cushman and Wakefield are the appointed agents on the scheme.