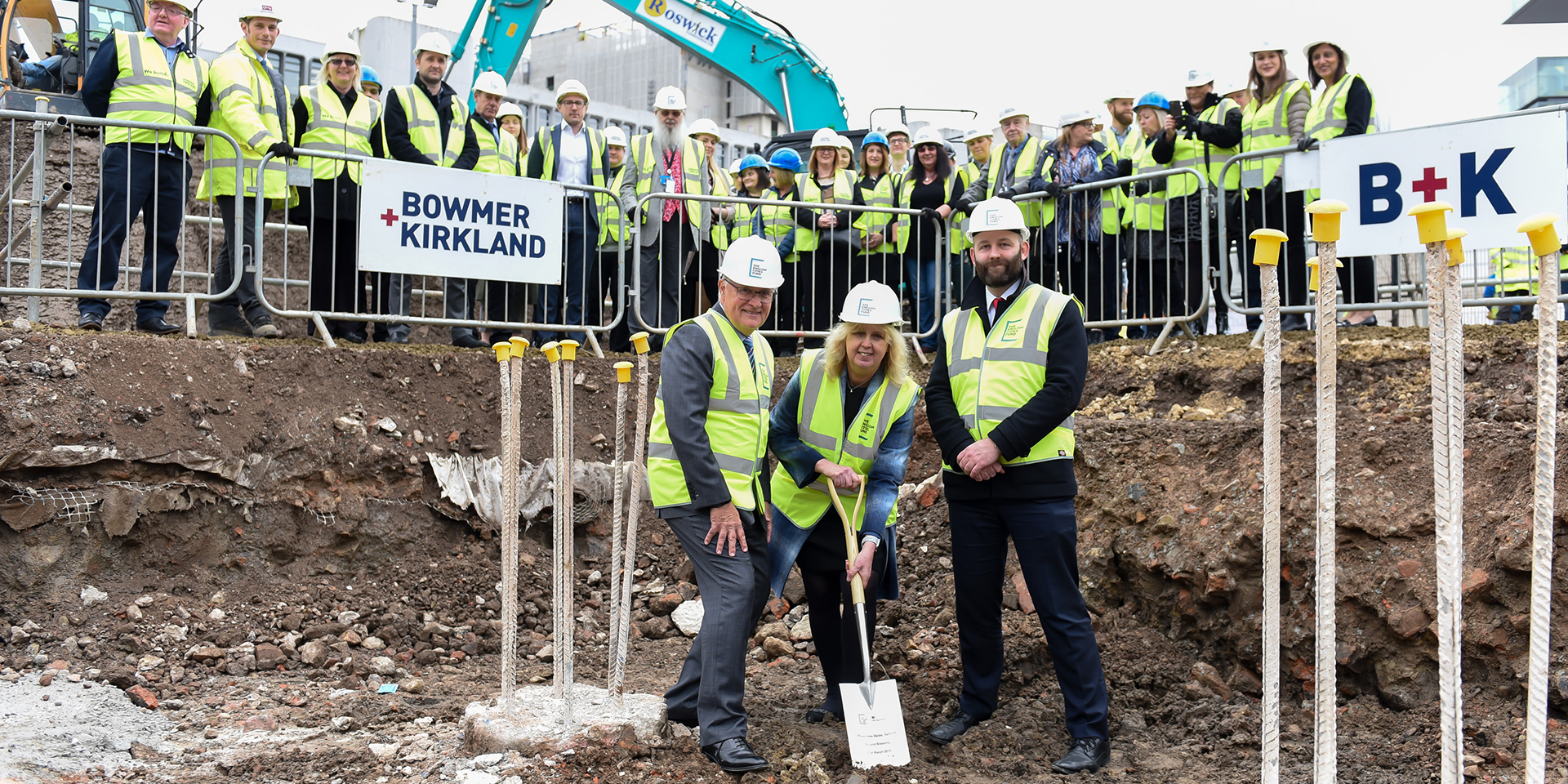 HM Revenue and Customs (HMRC), the Cabinet Office and the English Cities Fund have celebrated the ground breaking of the new 157,000 sq. ft. 3 New Bailey development in Salford, Greater Manchester. HMRC announced in March 2018 that it would let the entire building on a 25-year lease, in a landmark deal that will see a new regional centre open, with around 2,400 civil servants moving into a state-of-the-art new home by Spring 2022.

The BREEAM ‘Excellent’ building will be situated on New Bailey Street and occupy an unrivalled location for commuters, immediately adjacent to Salford Central station. The 3 New Bailey development will also front a large new area of high-quality public realm.

Prior to work starting on site at 3 New Bailey, the area was extensively excavated by archaeologists from the University of Salford, to unearth the remains of the former New Bailey Prison.

Phil Mayall, regional director at the English Cities Fund, said: “HMRC choosing 3 New Bailey and the wider scheme as its new regional home was a pivotal moment and a huge endorsement for the scheme, which has now become firmly established as a top five destination for businesses in the city. HMRC joins a growing list of highly successful organisations that are establishing themselves here and committing to the area for many years to come, and we are delighted to take another step forward in the build programme following the ground breaking event this week.”

HMRC is transforming its estate to create a tax authority fit for the future. The Manchester Regional Centre is one of 13 regional centre developments located across the UK, which aims to bring its staff together into modern and flexible working environments.

HMRC is leading Phase One of the Government Hubs Programme – the Government Property Agency’s strategy to transform the Government Estate. It aims to drive efficiencies for the taxpayer, boost the UK economy by freeing up much needed land and property, and provide a modern working environment for civil servants.

HMRC’s estates director, Steven Boyd, said: “The 3 New Bailey development is a major step for HMRC towards collaborative working and improved effectiveness in collecting taxes in Manchester and the North West.  When the building is built, it will mean more than 2,400 of our people will be able to work in a modern and bright environment with excellent digital connectivity.”

Salford City Mayor Paul Dennett said: “We are very proud to give representatives from HMRC a sneak preview of their new home before they move in 2021. New Bailey is part of our masterplan for the city and is a prime location with high-quality office space, something that is attracting businesses to this city.  The overall aim is to generate high quality jobs for local people and investment that the city can benefit from.”

New Bailey has seen a great deal of activity over recent months and is at a monumental phase of its development with enabling works taking place at 2 New Bailey Square and the imminent start on site, as well as the completion of the second multi-storey NCP car park at the end of 2018. There are also currently four other live projects under construction at New Bailey, which include 3 New Bailey, Riverside House and the third phase of the residential development at The Slate Yard.

The English Cities Fund is a joint venture between Muse Developments, Legal & General and Homes England. JLL and Cushman and Wakefield are joint letting agents for the New Bailey scheme.