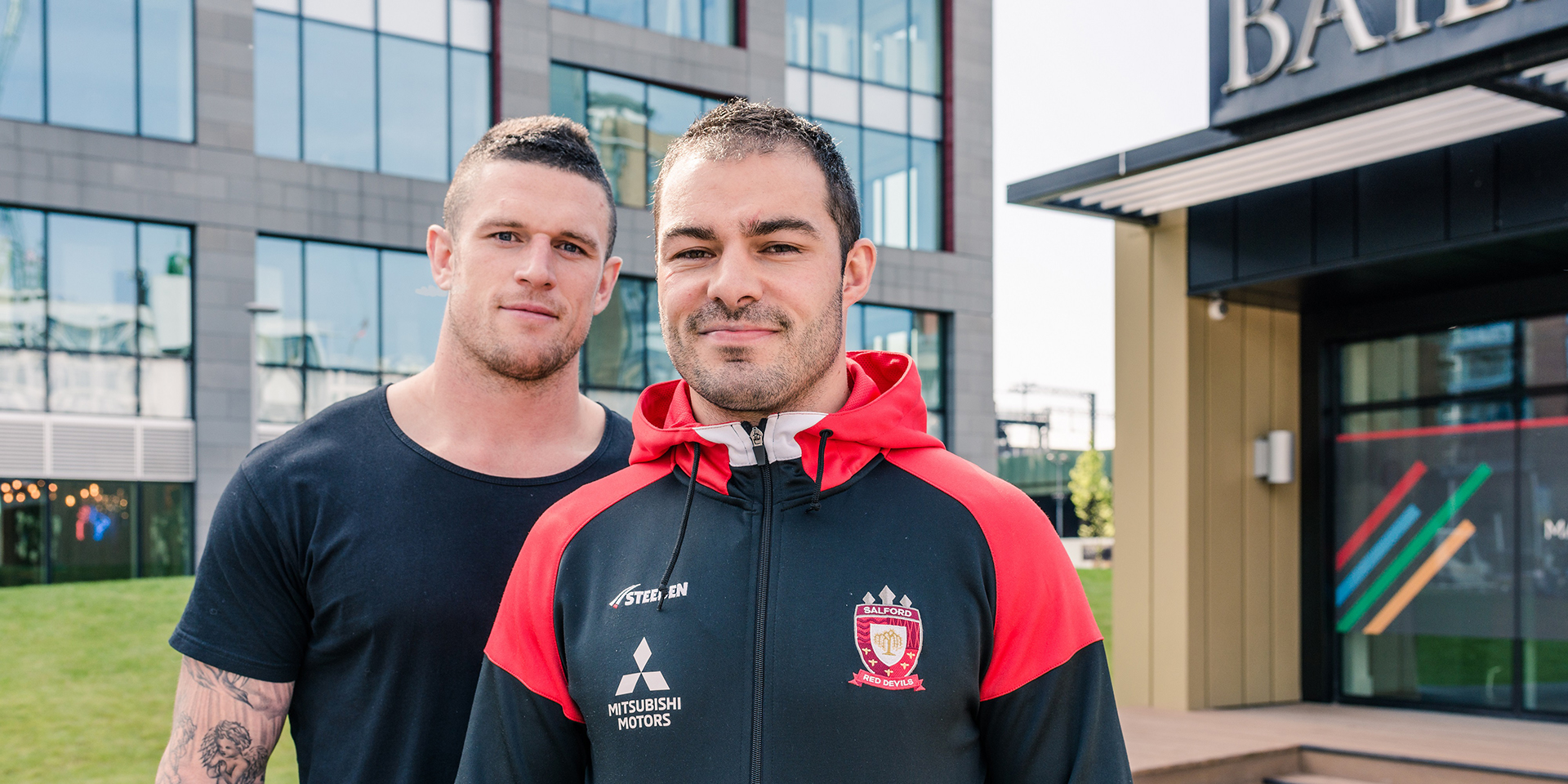 Betfred Super League team, Salford Red Devils, has teamed up with New Bailey to become the official sports partner to the premier office, retail and leisure destination based on the banks of the River Irwell.

The partnership, which will launch this month, will see a host of benefits for Red Devils fans, as well as numerous media opportunities for the New Bailey scheme, while giving the club a fantastic presence in a high-density premium commercial location within the city.

Red Devils season ticket holders will be able to enjoy discounts at Menagerie, New Bailey’s on-site immersive dining experience, while fans and locals will also be able to get involved in ticket competitions and pop-up activities at the development.

To kick off the partnership, the Salford Red Devils will take part in a special training session at New Bailey, with fans invited to watch the players prepare for their next game.

Andrew Rosler, director of Salford Red Devils, said: “We’re delighted to be partnering with New Bailey, a destination that has a real presence in the community, and just like our club, a connection to local people too.

“Beginning this relationship not only allows us to enhance the experience for our loyal supporters, but we also hope to get more young people and adults alike engaged and interested in sport.”

Phil Mayall, development director at the English Cities Fund, which is delivering the New Bailey masterplan, said: “Partnering with the Salford Red Devils is a fantastic opportunity for us to not only continue to raise the profile of New Bailey but also support a team and its fans that have been an integral part of the local community for nearly 150 years.

“We want New Bailey to be an inclusive district with something for everyone and through this partnership we can offer a broader range of opportunities for events and something that’s a little bit different for fans and people who live and work in the area.”

The English Cities Fund is a joint venture between Muse Developments, Legal & General and Homes England in partnership with Salford City Council.