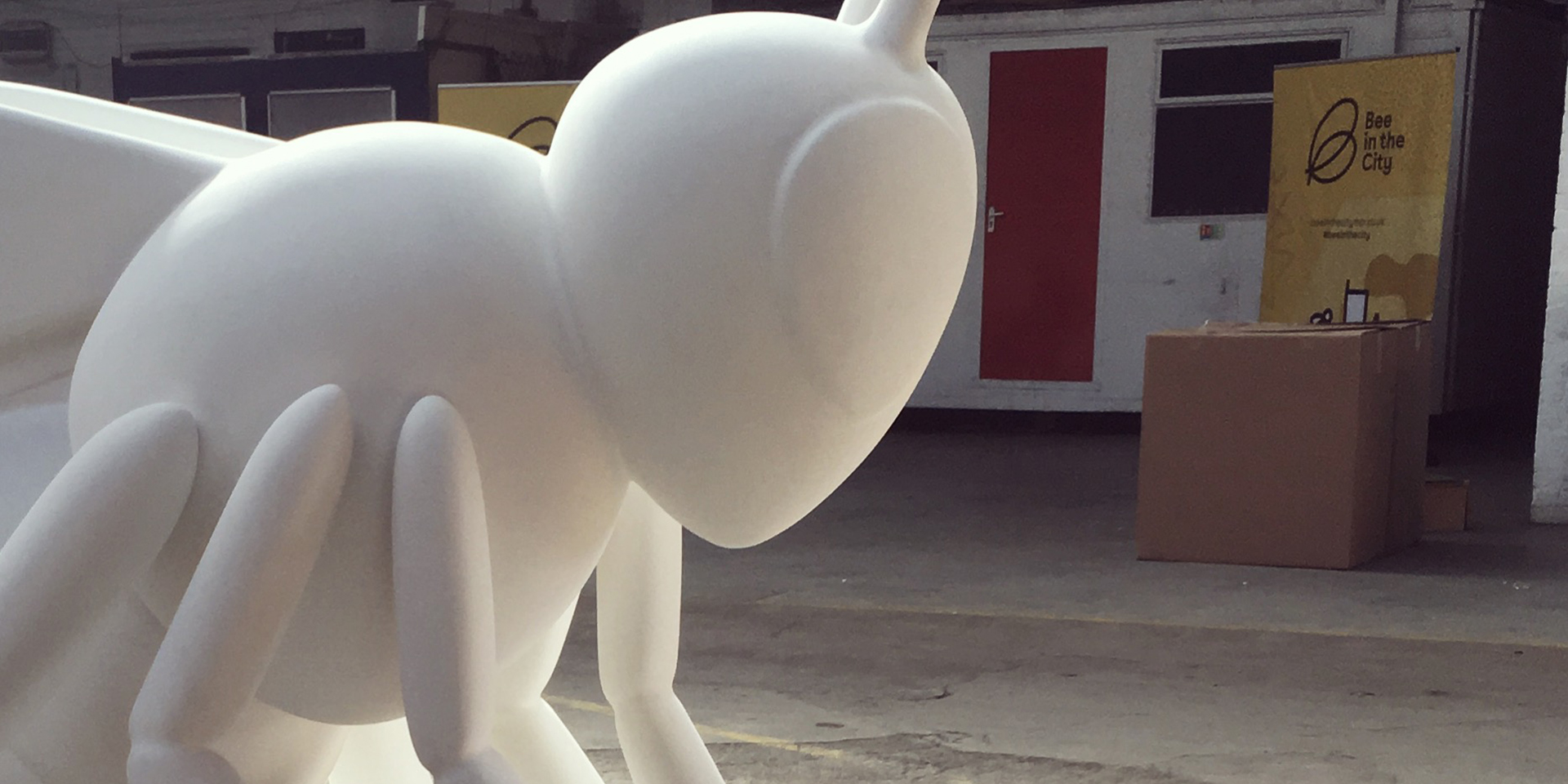 New Bailey, Salford’s premier office and leisure destination based on the banks of the River Irwell, is hosting one of over a hundred super-sized bees that have appeared across Manchester this summer, as part of the Bee in the City project.

The event, taking place between July and September, sees giant bee sculptures, each with their own unique design, form an art trail across the city, popping-up in streets, parks and public spaces.

Renowned street artist, Hammo, was chosen to design the New Bailey bee, having created some of Manchester’s most recognisable murals. His distinctive design will draw inspiration from both the city and the diverse people who make it.

The 3-D sculptures have been inspired by Manchester’s iconic worker bee, which has been a symbol the city’s pioneering and industrious spirit for over 150 years.

Bee in the City brings together the city’s business and creative sectors with local schools and communities to celebrate Manchester’s heritage and showcase its diverse cultural offer and artistic talent.

The location of each bee will be available in a dedicated app, which is available to download. Following the trail, locals and tourists alike will be encouraged to explore parts of the city they may not have had the chance to before.

At the end of the trail, the Bees will be auctioned off to raise funds for The Lord Mayor of Manchester’s We Love MCR Charity to improve the lives of Manchester residents and help them reach their full potential.

Phil Mayall, development director at the English Cities Fund, which is delivering the New Bailey regeneration programme, said: “The project is not only a fantastic initiative for supporting our local community and showcasing the talents of some of our most creative artists, but hopefully it will also encourage more people to rediscover their favourite places as well as emerging spaces in our ever evolving city.

“We’re delighted to sponsor Bee in the City and make New Bailey a part of this great cause, which will no-doubt raise a significant amount of money for worthy communities and people across the city.”

To find out more about Bee in the City visit beeinthecitymcr.co.uk.